First, a CONTACT spray MUST be used FIRST when rust is visible on the daylily foliage. Contact fungicides include: Mancozeb (known as Dithane) and Daconil. Surprisingly, I have found regular Dawn Dishwashing soap to be an effective contact spray for active rust even though it is not a fungicide.

Next, a SYSTEMIC spray MUST be used AFTER or in conjunction with a contact spray (ie, you can mix the contact and systemic together and spray at the same time). Here is where there appears to be a significant breakthrough in the treatment of rust. There is a systemic fungicide called Cabrio (powder form) that is also available in liquid form (Headline Active Ingredient: pyraclostrobin……23.3%) that appear to actually kill the rust in the tissue of the plant. This has not been confirmed through documentation yet, but Headline actually claims to kill daylily rust completely when used at maximum strength for 5 consecutive sprayings. A generic for Headline is Willowood Pyrac 2EC.

By Michele, Cantonment, FL zone 8b at Garden.org

“I use Headline or Cabrio if I’m out of Headline; Cabrio is just the granular form of Headline. I rotate with Propiconazole. I can’t remember the brand name of the Propiconazole but it’s one of the many generic forms of BANNER MAXX. I also use Daconil as my contact fungicide each time; I actually use Docket which is the generic for Daconil. I use Nickel CBM or Nickel Plus just depending on which one I have at the time also.”

“I usually see rust (if I’m behind in my spraying) when the insects are doing the most damage, spider mites mainly, which is spring and fall. Rust spores need an opening to get inside the plant (if it’s not already in there) and insect damage is the perfect opportunity for the rust to invade. I used to spray every 2 weeks but decided this year to spray weekly. I will go back to every 2 weeks in the winter.”

WEEK1
Headline (cabrio)
Daconil [or] Nickel CBM or Nickel Plus

WEEK 2
Headline (cabrio)
Daconil [or] Nickel CBM or Nickel Plus

WEEK 3
Propiconazole
Daconil [or] Nickel CBM or Nickel Plus

And then start all over again 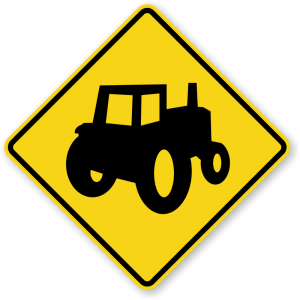