This was an abnormal Thanksgiving as Mary and I spent Thanksgiving day in Houston with Kelley, Rocky and Rocky Sr. Jeff joined us later in the day.  A nice day but not the same as this day has been for the past 38+ years: i.e. I have always been in Mobile 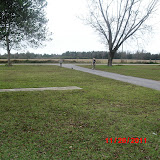 But, this year we drove to Mobile on Friday arriving about 3 PM and in time for Peggy and I to meet with Anna Williams. Returned to the farm about 6:30 and it was dark. Surprising how it seemed to get dark earlier but then we are on the east edge of the time zone. 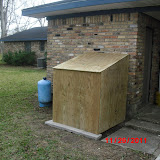 Anticipating it will turn cold Saturday evening the first task was to inspect the chimney. Found it surprisingly clear of birds nests and soot on the walls.  No cleaning required.

Mary and I built the pump house with the lumber bought the last trip. Went to Home Depot and bought various supplies including 2″ Styrofoam to insulate the pump house.
picked up limbs and trimmed back brush around the barn. 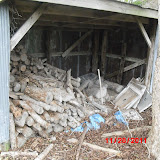 Went to the little field and got firewood. As part of looking in the brush and leaves I picked up a few of the firewood logs Dad had in the little shed he built to keep them dry. There is some termite damage but a lot of it can still be burned. We had a great fire with the small wood from the back and Peggy came over to enjoy it with us. 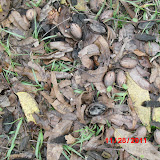 There are a lot of pecans on the ground. Talked to Ted Strange who was hauling in round bales. One cow had a calf last week and another is due and has not been around for a day or so. Maybe she had hers.

Sunday
Drizzled off and on all day so mostly worked inside. 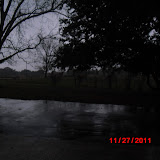 Began with replacing the kitchen sink faucet but could not get one bolt to come loose so after breaking two new saber saw metal cutting blades and partial sawing it apart I put the wrenches back on it and it broke.

Installed a new dimmer switch to the chandler in the dining room.

Installed a new four-bulb light in the MBR dressing room and a new light fixture in the bath room. Also installed in the dressing room a bent steal decorative towel rack and shelf.

Cut the foam board and installed with the Locktite adhesive formulated for foam board but it does not cure for 24 hours and it turned cold. We braced it press it to the walls and the drizzle began. Found a box blade and  3-pt. hitch bush hog in the weeds as the frosts to date have dropped a lot of the leaves. 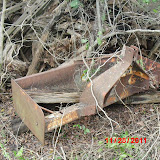 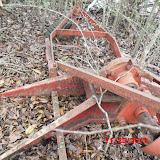 Tuesday
High 30’s and cold but a beautiful clear morning. Righted the pump house and put the foam board–to be glued next trip under the roofing plywood–on top with a scrap piece of plywood over it. Added the pipe insulation at the gap with the house. Looks ok.