Peggy reported that today Ted–who is renting land for his cows–and two young men were cleaning out the grape arbor area in the barn yard. When he and I fixed the broken pipe that takes water to his cows he said he would come back and push out the brush in between the fence and the grape arbor Dad built for Audrey. He said he enjoys “piddling around” with that sort of thing.

I told him to take out anything in the way and any trimming of the grape vines was a good thing. He said he likes “piddling around” with that sort of thing. He did a lot more than piddle around! 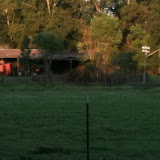 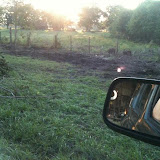 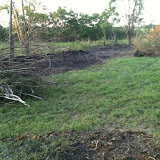